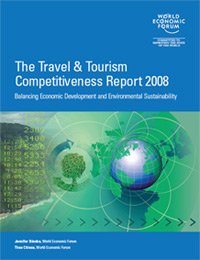 The Olympic coastline is 73 miles long and few miles wide. Native American communities such as Hoh tribe lives long the Hoh River and in La Push at the mouth of Quileute River lives the Quileute tribes. The beach stretches range from 10 to 20 miles with easy access to pristine sandy beaches with heavy rocks and large boulders. While traveling North on highway 101 along the coastle edge you will see heavy overgrowth due to misty rain.

Ozette Loop is a coastal 9-mile strip and has a most popular boardwalk with a trail 3-miles long trail that runs from cedar swamp and to the ocean. There are thick groves of trees that fall to the sand and beach. This is very visible in Hoh River area. This area you will see large naturally eroding timber.

In the Center of Olympic National Park locate the Olympic Mountains with massive ancient glaciers. Mount Olympus peaks standing at 7,965 feet dominate the Western half of the range. Mount Olympus has the greatest number of glaciers of any non-volcanic peak in lower 48 states outside the North Cascades. Hoh glacier is the largest glacier in Mount Olympus measuring in length of five kilometers. Second tallest peak in Olympic Pennsylvania is Mount Deception at 7,888 fee. The drive to Juan De Fuca strait is very scenic that leads to most northwestern part of the lower 48 states.

Most well know temperate rain forest is Hoh Rain Forest and Quinault Rain Forest in Olympic National Park where each receives about 150 inches of rain and most wettest area in lower 48 states. Due to temperate rain forest as oppose to tropical rain forest, mosses coat the bark of Sitka Spruce, Western Hemlock, Coast Douglas-fir and Western Redcedar trees. The eastern side Olypmic National park is in the rain shadow and is significant drier at 16 inches of rain per year which refelets with smaller old-growth forest.

Hurricane Ridge is a popular viewpoint. Elwha and Hoh Rivers white water rafting is available. Sol Duc Hot spring is one of the popular attraction in the park. Lake Cresent is one of the magnificent lakes surrounded by Olympic mountain range you will ever see. In Lake Cresent stroll 12-mile long glacially-carved lake.

With a twenty-minute drive from Forks, WA visit Rialto Beach and walk along beach to watch waves crash onto offshore islands and may be spot a bald eagle flying overhead. Forks is the well known town where Vampire movie where Full Moon was filmed. The eastern drive on highway 101 to Port Angeles is very breath taking.